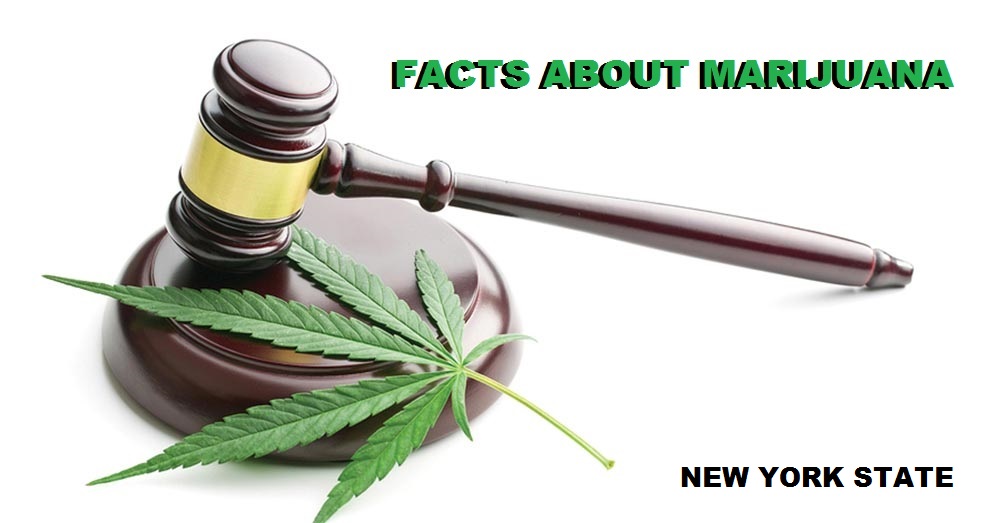 The Marijuana Regulation & Taxation Act (MRTA) was signed into law on March 31, 2021 legalizing adult-use cannabis (also known as marijuana, or recreational marijuana) in New York State. The legislation created a new Office of Cannabis Management (OCM) governed by a Cannabis Control Board to comprehensively regulate adult-use, medical, and hemp cannabis. The OCM will issue licenses and develop regulations outlining how and when business can participate in the new industry.

Legal Adult Use and Possession of Cannabis in New York

It is now legal for adults 21 and older to possess up to three ounces of cannabis and up to 24 grams of concentrated cannabis for personal use in New York. Adults may smoke or vape cannabis wherever smoking tobacco is allowed under the smoke-free air laws, with a few exceptions.

Cannabis use is not allowed in motor vehicles (even if they are parked) or in outdoor dining areas at restaurants. Smoking or vaping cannabis in prohibited areas may result in a civil summons and fine.

It is still against the law for people younger than 21 years old to possess, sell or use any amount of cannabis. Also, no one may legally possess more than three ounces of cannabis and 24 grams of concentrated cannabis, sell any amount without a license, or drive while under the influence or impaired by cannabis.

Medical cannabis has been legally available to New Yorkers through the State’s medical marijuana program since 2014.

The new law expands the eligibility of medical cannabis, increases the number of caregivers allowed per patient, allows prescriptions for as many as 60 days (up from 30) and allows smokable cannabis to be purchased in medical cannabis dispensaries.

Once regulations are finalized, certified medical cannabis program patients will also be able to grow up to six plants at a time at home.

For more information about whether medical cannabis could help you, talk to your health care provider.

Under federal law, cannabis possession and use in all forms remains illegal. There are a few FDA-approved prescription medications that contain cannabis-derived products, such as CBD, or are made with synthetic products related to cannabis.

For more information on the federal law, visit the FDA webpage on cannabis and cannabis-derived products.

Cannabis (also known as marijuana) is the second-most commonly used recreational drug in NYC, after alcohol. It can be smoked, vaped or ingested as a food or beverage (edibles), producing reactions such as a relaxed, euphoric feeling, anxiety and an increased heart rate.

The cannabis plant contains hundreds of compounds, including THC (delta-9-tetrahydrocannabinol). THC is a psychoactive compound that makes people feel high. Different forms of cannabis contain different amounts of THC and produce different effects. The more THC that a cannabis product contains, the stronger the effect.

Concentrates, such as dabs, wax and oil, may have much higher amounts of THC — 40% to 90% — than other forms of cannabis, which are usually about 20% THC. Concentrates can cause a faster, more intense effect than other forms of cannabis and may lead to an increased health risk. Cannabis added into food and beverages has a delayed and longer-lasting effect than smoked or vaped cannabis.

A person’s reaction to cannabis also may be affected by their age, height, weight, health status, medications taken, tolerance and what other food, liquids and drugs they have consumed that day.

The legal status of cannabis has made the study of health effects difficult. As more states legalize cannabis for adult use and medicinal use, there has been some increase in research on the benefits and risks of cannabis. However, the study of cannabis remains restricted by its classification as a Schedule I controlled substance by the federal government.

The below information is based on studies that have provided strong evidence of how cannabis can impact health. However, at this time, more information is needed to better understand the health risks and benefits of consuming cannabis.

Cannabis has been shown to be helpful for some conditions:

Some people may experience immediate, unwanted reactions after taking cannabis. These effects can be due to taking a type or amount of cannabis they are not used to, or to taking multiple doses in a short time.

These reactions, which typically go away after the cannabis wears off, can include:

Research has shown links between cannabis and some health risks:

Here are some tips to help you use cannabis more safely:

CBD is one of the compounds of the cannabis plant and a chemical byproduct of industrial hemp. Unlike THC, CBD does not induce a high or cause impairment. People use CBD for different reasons, but there is not strong evidence of its health effects.

CBD products that have less than .03% THC are legal in the U.S. However, CBD has not been approved for use in foods and beverages by the FDA, so it is unlawful in NYC to sell food or drinks containing CBD. The Health Department may issue violations to food service establishments and retailers that offer food or drink containing CBD.

If you are a food service operator, learn more about the laws on CBD sales. 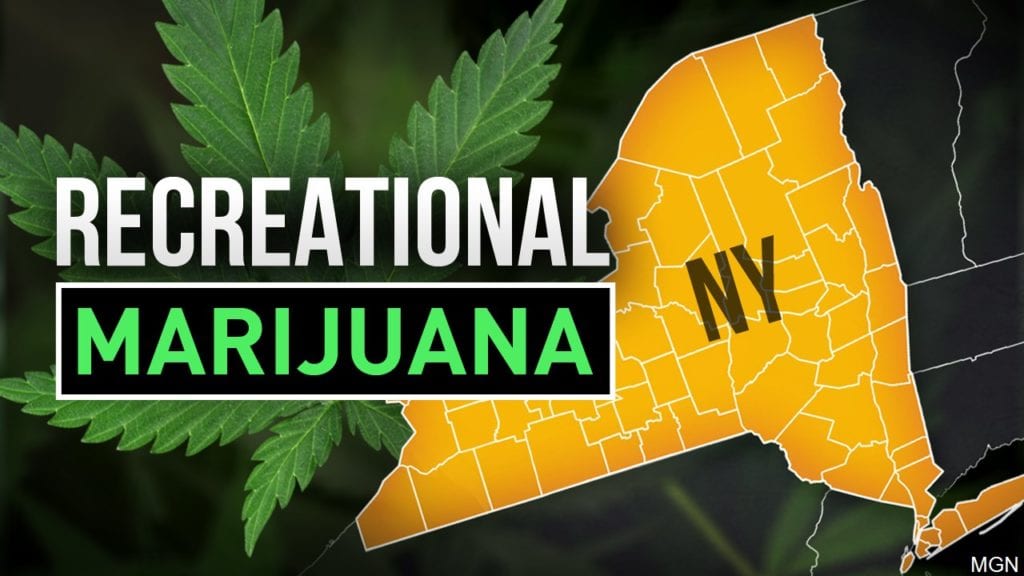 New York looked poised to legalize marijuana in 2020. Then COVID struck. What’s next?

This is part of a Syracuse University student-driven reporting project through the NewsHouse website that is being published in USA TODAY Network. It takes a deep look at marijuana issues in New York as the state’s drug laws remain in flux.

Count legal marijuana in New York among the victims of COVID-19, along with the hundreds of millions in tax dollars and thousands of jobs legalization might have generated.

Gov. Andrew Cuomo said on the last day of March that the state’s spring legislative session was “effectively over” after several state lawmakers tested positive for the coronavirus.

They came back in June to address COVID-related issues, but didn’t address other outstanding issues.

Among the unfinished items Cuomo said would have to wait until next year was the legalization of marijuana for adult recreational use. Of the eight other states that were poised to legalize pot this year, only three appeared on track for legal weed in 2020.

Cuomo’s pronouncement of legalization’s demise was a turn of events given that, just a few weeks earlier, New York appeared all but certain to legalize marijuana as a way of raising revenue, lowering incarceration rates and getting a piece of a rapidly growing business sector.

Cuomo himself vowed to make legalization a priority during his State of the State address in January.

And although some opposition still remains in the state and a similar effort failed in 2019, people across New York expressed support for Cuomo’s plan.

The NewsHouse also reached out to New York state lawmakers in March.

Of the 20 who responded, five were against legalization, one undecided and 14 were in favo,

“It makes no sense to me that cannabis & alcohol are treated differently under the law when cannabis poses less health risks than alcohol, is less addictive and there is no empirical evidence suggesting that marijuana is a ‘gateway drug’ to other types of drug use,” said state Sen. Jen Metzger, D-Rosendale, Ulster County.

With so much support, what went wrong? The culprit appears to be the same thing upending life everywhere – the COVID-19 pandemic.

State Sen. Luis Sepúlveda, D-Bronx, has been a strident supporter of legalization. Yet he acknowledged that COVID-19 made a proper policy discussion about legalization impossible for now.

Eventually, he thinks marijuana will be legal for adult recreational use in New York. The corona virus may have slowed that effort, but it has also made it more certain than ever, he said.

“Ultimately, when the storm settles, we are going to have to deal with it one way or another,” Sepúlveda said.

“We are going to pass some form of legalization, and you know what, when you consider the incredible deficits that we are going to have as a result of corona, all revenue streams are going to have to be considered … including gambling, online gambling and things of that nature,” he added.

“It has been seen as an evil,” the Connecticut native said of marijuana. “And I know a lot of lawmakers are older. So if they have that traditional view about it, they might be still thinking about that and the effects of it being negative as a drug.”

Whitcomb supports legalization and agrees with Sepúlveda that the economy will need a boost after COVID, as does freshman Allison Boschetti of New Jersey. Get the Coronavirus Watch newsletter in your inbox.

Updates on how the coronavirus is affecting your community and the nationDelivery: VariesYour Email

“Right now, the coronavirus pandemic is taking a huge toll on our economy, and the legalization of marijuana could help to build up our economy again,” said Boschetti, who studies public relations.

She added that it’s “foolish to delay this when legalization will inevitably happen.”

But more than economics, Boschetti supports legalization of Marijuana as a social justice issue, citing the toll the war on drugs has taken on urban and minority communities — an argument made by many lawmakers in support of the law.

Economics senior Luis Solano supports legalization but said it was a smart decision to delay in the light of the COVID outbreak so the state could focus on stopping the virus.

In his home state of California, Solano said having weed legal has been a benefit.

“People are definitely less on edge about buying marijuana,” he said. He added that marijuana is “one less thing for law enforcement to worry about,” although he said regulation of driving under the influence is a problem.

New Yorker Dashawn Austin, a marketing and advertising student, said he supports legalization and is understanding of the delay. “I just don’t want it to slip through the cracks,” he added.

But Austin thought legalization might affect campus culture, hoping that university police would worry about it less.

“I don’t think that marijuana should still be illegal,” said Haley Francois, a first-year accounting from Scotia, New York.

“So if a politician thought it should stay illegal, I wouldn’t vote for them.”