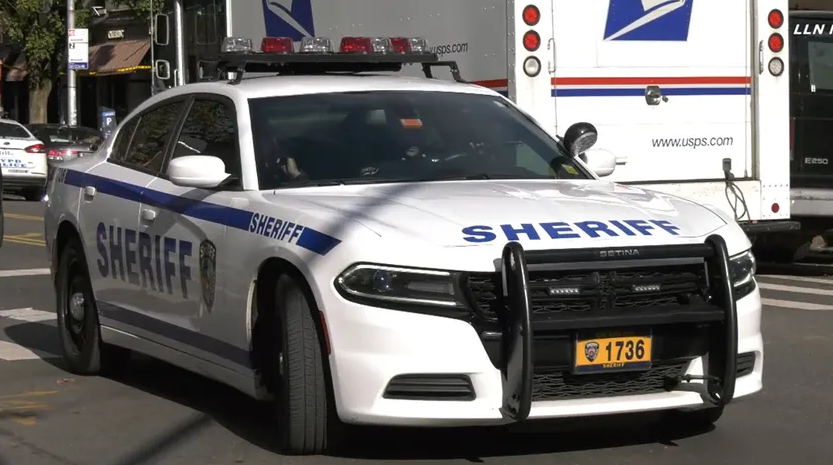 She identified herself as an official with New York’s Office of Cannabis Management, and said the group was there to search the store. Officers patted Forsch down for weapons, told him to put his phone where they could see it, and started ruffling around the shop’s inventory.

“I didn’t realize it at first, but they were bagging things up,” Forsch said.

By the time his wife and co-owner, Lauren Forsch, arrived, nine law enforcement officers wearing bulletproof vests were searching the premises, and told the couple that Popped NYC was on a list of stores allegedly selling unlicensed cannabis. And because Popped NYC holds a hemp license, state officials may conduct a search without a warrant.

Lauren and Evan Forsch told NY Cannabis Insider that they were selling some weed products without a license, and that officials confiscated those products, in addition to hemp flower (they declined to specify what products were confiscated, or the total value).

However, they said the enforcement blindsided them, as the city and state have been tolerating storefronts openly selling weed in NYC for more than a year.

The OCM conducted a number of raids on shops allegedly selling illicit weed since the Cannabis Control Board unanimously approved emergency enforcement regulations on Nov. 21 with no discussion. That was the same meeting during which the board also approved the state’s first cannabis retail licenses.

And while cannabis industry players across the board agree shutting down grey market operations – many of which are selling products containing harmful contaminants – is critical to building a legal market, some wonder why the board voted on enforcement regulations in such a low-key way, and whether businesses that hold hemp licenses are being targeted for raids.

“It’s alarming to me that there was such little fanfare made over the emergency rules,” said Paula Collins, an attorney who represents the Forschs and other cannabis businesses. “What is alarming to me also, is that it’s haphazard … what puts you on a list, and what keeps you safe? I wish we knew.”

“From Buffalo to New York City, the Office of Cannabis Management and law enforcement agencies have worked together to stop illegal activity throughout the State,” Klopott said in an email.

“These efforts have included the seizure of products, the issuance of cease and desist letters, and removal of trucks used for the illicit sale of cannabis, and we will continue to enforce the law to end their operations.”

Klopott declined to specify how many stores have been raided, the amount of product officials have confiscated or whether business owners who were raided are still eligible for cannabis business licenses.

OCM’s enforcement codes seem pretty run-of-the-mill for a state regulatory agency, said Jason Klimek, an attorney for law firm Barclay Damon, where he co-leads the cannabis team. Enforcement is imperative to create a safe and legal cannabis market, he said, because it can help prevent bad actors from selling products made with toxic additives to unsuspecting customers.

Most regulations that state agencies in New York impose have to go through a 60-day comment period before a bureau like OCM can enforce them, but emergency regulations – like those approved by the CCB last month – are temporary measures (effective for 90 days) that are immediately active.

The emergency enforcement rules give the OCM the right to investigate licensed and unlicensed businesses that officials believe are selling weed illegally. The rules outline what evidence OCM can compel investigation targets to produce, possible penalties for different categories of offenses, and what recourse business owners have in disputing charges.

Under the enforcement rules, anyone who submits a license application submits to inspections, which may be carried out by “duly authorized representatives of the Office, by any peace officer acting pursuant to their special duties, or by a police officer.”

Businesses in violation of OCM rules could face one or more civil penalties including fees or fines, suspension, revocation of a license, seizure or quarantine of product, and referral to state or local, civil or criminal investigative or enforcement entities.

Even though most of the enforcement rules seem reasonable to Klimek, there are a few things that caught his eye about the regulations and how CCB approved them.

That’s jarring to Klimek, because legal weed businesses have to fulfill a slate of regulatory rules and pay taxes while competing with unregulated businesses that don’t have to abide by either of those requirements – a situation that could easily lead to periods of insolvency. Additionally, it’s likely that businesses in a newly legalized industry will make errors.

“It is concerning, because even out west we’re seeing now that a lot of these farms and licensees go out of business because the markets aren’t conducive to them continuing to operate,” Klimek said. “Could something look negligent, but was completely unintentional or maybe unknown to the farmer? Does that lay the groundwork for revocation?”

Klimek also noted that the CCB discussed some regulatory packages – like the proposed rules on packaging and marketing – pretty thoroughly, but the board seemed to slide in the enforcement regulations with as little discussion as possible.

Lauren Forsch, co-owner of Popped NYC, doesn’t contest that her store was selling weed without a license. But she said the practice seemed more or less acceptable – competing stores that were openly selling weed were left alone for months.

“I can’t say that we were targeted unfairly … we want to cooperate,” she said. “We just didn’t want to get left out, seeing people with more resources than us thriving while we’re struggling.”

The store previously received a cease and desist order from OCM, but Forsch said they had thought the letter was fake. When she made a records request for businesses to whom OCM issued cease and desist letters, Popped NYC was not on the list, she said. Additionally, she was aware that an online scammer had created a website that appeared to offer online shopping for Popped NYC, but really just took the credit card information of victims who believed they were paying for weed for pickup at the store.

The raid quashed any doubt that OCM was watching Popped NYC, and both Lauren and Evan Forsch say they’re no longer selling illegal products, and that they plan to repurpose some of the store’s space as an incubator for early-stage cannabis businesses. However, it’s unclear whether the raid will prevent them from getting a dispensary license when they apply.

In Collins’ opinion, OCM should start issuing transitional licenses to businesses that have sold weed illegally, but want to comply with regulations and operate a licensed enterprise.

Dina Browner, a California-based weed entrepreneur whose West Hollywood medical dispensary was raided by federal agents multiple times, said that rather than taking the “whack-a-mole” approach of raiding unlicensed weed vendors, authorities should focus on landlords.

“If they keep enforcing by just going in and taking people’s product, they’re just going to open somewhere else; what they really need to do is have it so that if the landlord is caught renting space to these businesses, they can lose their buildings,” Browner said. “That’s what they did in California, and that’s what stopped it.”

In any event, the fact that the Forsch’s reported that OCM and law enforcement officials who raided Popped NYC were civil and polite is an improvement from federal authorities who raided her store at gunpoint, Browner said.

“Federal raids are a whole different animal from local enforcement,” said Browner, who added that federal agents seemed to destroy as much property as possible each of the three times they raided her store.