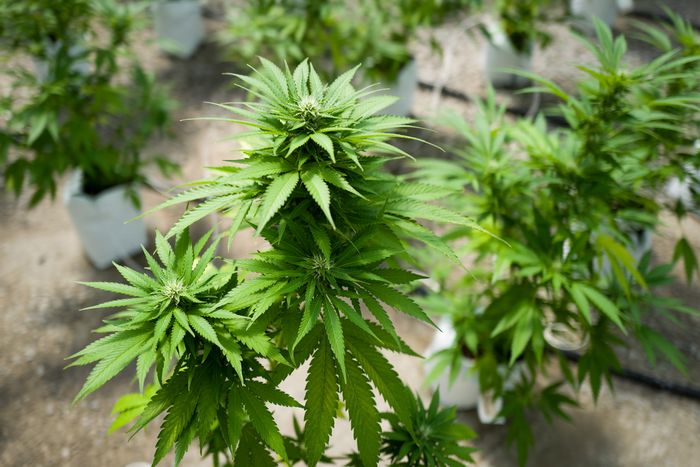 Governor Andrew Cuomo signed a bill legalizing recreational marijuana on Wednesday, making New York the 16th state to do so. Cuomo signed the bill a day after it passed in the State Legislature. Parts of the law went into effect immediately, as the New York Times explains:

Individuals are now allowed to possess up to three ounces of cannabis for recreational purposes or 24 grams of concentrated forms of the drug, such as oils.

Other changes will go into effect in the coming months when officials create the regulatory framework that will govern every aspect of a brand new, highly regulated market.

The long-awaited legislation legalizes recreational marijuana for adults 21 and over. In addition to permitting the possession of up to three ounces for personal use, it allows adults to grow three mature and three immature plants at a time, and legalizes the sale of weed with a 13 percent sales tax — which the state expects will raise $350 million in tax revenue every year, in addition to providing some 60,000 jobs. New York residents will be able to smoke weed in public wherever cigarette smoking is allowed.

Crucially, the legislation also expunges the criminal records of people convicted of marijuana-related offenses. “My goal in carrying this legislation has always been to end the racially disparate enforcement of marijuana prohibition that has taken such a toll on communities of color across our state, and to use the economic windfall of legalization to help heal and repair those same communities,” the bill’s Senate sponsor, Liz Krueger, said in a press release.

The law will also allow those who have sold marijuana illegally in the past to have a chance to gain a legal sales license, while limiting the permits for large multi-state marijuana companies already operating medical dispensaries in New York to four additional stores, two of which must be in underserved communities.

“This is a historic day in New York, one that rights the wrongs of the past by putting an end to harsh prison sentences, embraces an industry that will grow the Empire State’s economy, and prioritizes marginalized communities so those that have suffered the most will be the first to reap the benefits,” Cuomo said in a statement.