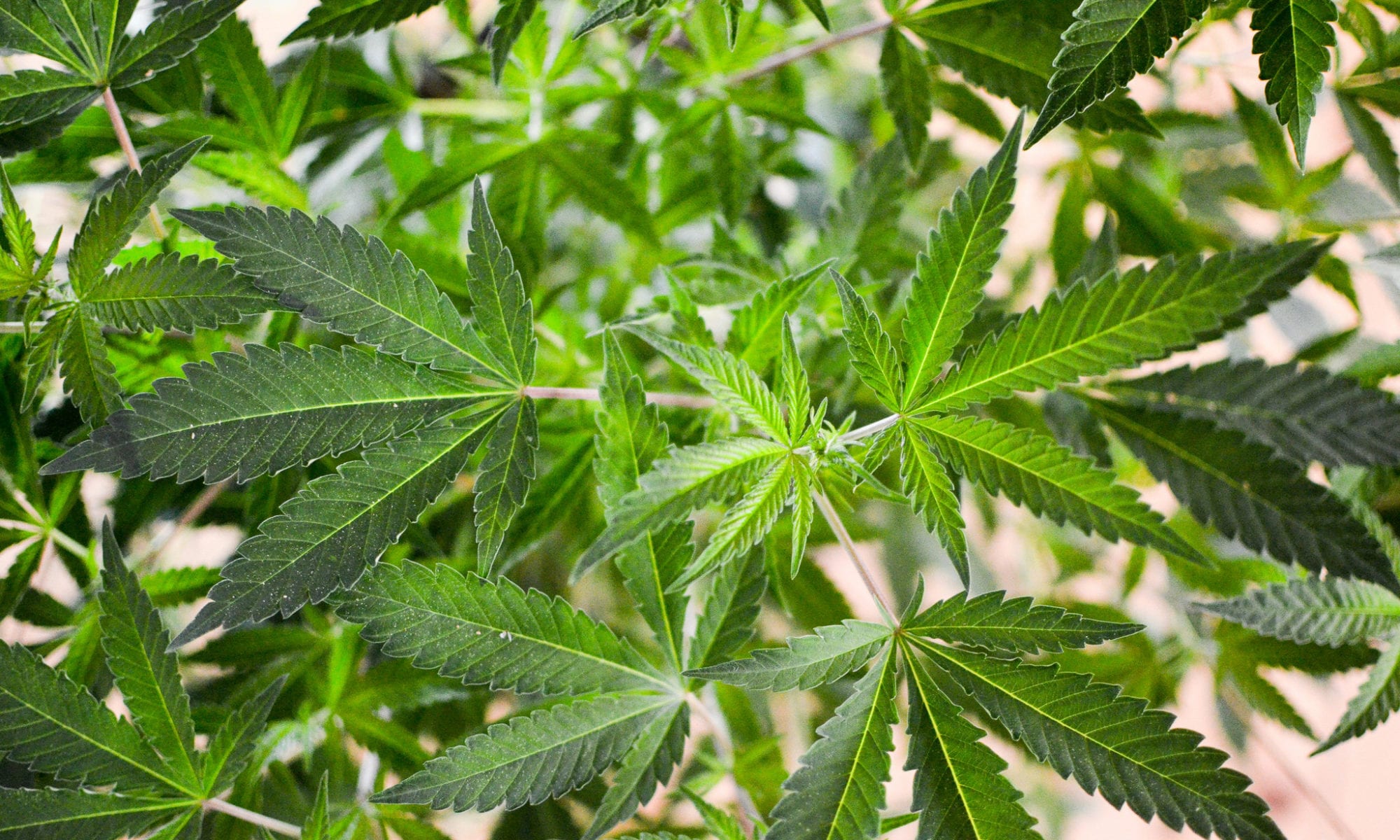 While Senate Finance Committee Chairwoman Liz Krueger (D) didn’t explicitly confirm what kind of language was agreed upon, she said in the new radio interview that she’s “extremely pleased with the agreement that we have come to” with the governor when it comes to giving adults a home grow option and how to allocate cannabis tax revenue for social equity purposes.

Her bill—the Marijuana Regulation and Taxation Act (MRTA)—would let people grow a limited number of plants for personal use, whereas Cuomo’s reform plan, which he included in his annual budget request, would continue to criminalize people for cultivating their own cannabis. Advocates also prefer the legislature’s approach to social equity funding, which they believe will lead to a steady and ongoing stream of support for communities most impacted by the war on drugs.

Beyond those provisions, Krueger told WCNY radio in the interview that was taped on Wednesday and released Thursday that “700 issues have been resolved, and there’s one or two left, mostly relating to the issues of penalties for driving under the influence of marijuana and how to identify them.”

The legislature has also made clear that, despite the governor’s prior longstanding push to pass legalization through the budget, the issue will be handled as a standalone bill outside of that process. The senator said that while as such lawmakers  will not face an April 1 deadline as is the case with the spending legislation, there’s still an urgency to “get it done” sooner rather than later.

“Since I’ve never gotten this close to the deadline before, I’m feeling that there is impetus to get this done as quickly as possible, and I am prepared to do everything in my power to close this out, get this bill to both floors and get it signed by the governor,” she said.

Details of the final legislation might be pending, but polling shows that New Yorkers are ready for cannabis reform. A survey released by Quinnipiac University on Thursday found that 64 percent of New York voters support allowing people to legally possess cannabis for personal use.

There’s been speculation that the growing number of sexual harassment allegations against the governor—in addition to controversy over the state’s handling of nursing home COVID-19 death data—would leave him with less political clout to negotiate on behalf of his proposal over that of the lawmakers.

Krueger said that “you can’t ignore the fact that there was an interest in getting the marijuana bill done” on the governor’s end as these allegations were raised. “That seemed to pop up at around the same time.” However, she caveated, “pick a day and another shoe was dropping for the Cuomo administration.”

Originally, Cuomo personally reached out to legislators about advancing the policy change, but the senator said negotiations have since been handled by senior staff in the administration and legislature.

“We have watched as states far, far more red and conservative than our own have moved down the road into legalization, and we just feel like we’ve talked to everyone in the state of New York,” Krueger said. “Everyone has watched, everybody’s waiting. We have been working our hardest to get a balanced, rational bill out there. We’ve done so—let’s just get it done.”

Another part of the conversation concerned hemp regulations. The WCNY reporter asked about about current restrictions on the sale of hemp flower and whether those would be removed under her marijuana legislation. The senator said she believes they will—but the measure also gives some authority to regulators on implementation decisions and so it’s not clearly exactly what the rules will end up being.

Cannabis policy has been a hot topic in New York in recent days, with multiple lawmakers—as well as Cuomo—expressing optimism that a deal will be reached to reconcile their competing legalization proposals.

Senate Majority Leader Andrea Stewart-Cousins (D) said this week that while talks had “reached a little bit of an impasse” over a provision related to impaired driving, she’s feel encouraged that “it will be resolved sooner than later.”

Assembly Speaker Carl Heastie (D) similarly said that he thinks “the executive is moving closer to where” the sponsors of the MRTA are.

Cuomo said on Monday that the sides are “very close” to reaching a deal. “We’ve tried to do that for the past three years, we have to get it done this year.”

Public defender and activist Eli Northrup said on Monday that he’s heard from sources that Cuomo is pushing to have the legislation make it so police could continue to justify stops and searches based on the odor of cannabis alone, regardless of its legalization. Advocates strongly oppose that policy.

On Tuesday morning, however, Scott Hechinger, a senior attorney with the Brooklyn Defender Services, said signals indicate that the pushback to that proposal was being felt by negotiations working on the cannabis legislation.

A Siena College survey released on Monday found that 59 percent of residents support adult-use legalization, compared to 33 percent who are opposed.

“We’ve been working on a marijuana bill. I’ve had a number of conversations with members,” the governor said last week. “We’ve been making good progress.”

Krueger also said recently that lawmakers were “working hard on a three-way agreed upon bill that could pass the legislature before we get to the budget.” She added: “I feel like we are 95 percent there. We have taken some big steps towards getting this done.”

Assembly Majority Leader Crystal Peoples-Stokes (D), the chamber’s sponsor of MRTA, said last week that talks “are really good and really fruitful and I’m really encouraged.” In fact, “I’ve never felt this encouraged before.” That’s despite her saying just days earlier that talks with the governor’s office over the legalization legislation had become heated to the point of screaming.

A state budget spokesperson said that the “administration is working with all parties to pass a comprehensive regulatory structure for adult-use cannabis that prioritizes social equity, social justice, economic development, and the public health and safety of all New Yorkers.”

Cuomo proposed amendments to his legislation last month that he hoped would address certain concerns from lawmakers and advocates. The changes primarily concern that issues such as social equity funding and criminal penalties for underage marijuana possession.

Another factor working against Cuomo is that Democrats now have supermajority control over the legislature, which could empower them to override a potential veto if they were to pass the MRTA against the governor’s wishes.

Legislators heard testimony during the joint session from two pro-legalization industry representatives and one opponent. Despite their ideological differences when it comes to legalization in general, all three panelists were critical of Cuomo’s reform proposal. The two reform advocates said they would prefer to advance the MRTA over his legislation.

Lt. Gov. Kathy Hochul (D)—who would become governor is Cuomo were to resign or be impeached—told Marijuana Moment in a January interview that there would be room for revisions to the current governor’s plan, stating that “much of it is going to be negotiated with the legislature, and all these details can be resolved with their input as well.”

Cuomo said that the changes in his bill reflect “the conversations we’ve had, but I’m hopeful that we can come to an agreement and we can get it done. He added that he believes, “because I’ve seen this movie before, “if we don’t get it done by April 1, we won’t get it done.”

This is the third year in a row that Cuomo has included a legalization proposal in his budget plan. The last two times, negotiations with the legislature stalled amid disagreements over certain components such as the tax structure for the market and funding for social equity programs.

Regardless of which direction the legislature ultimately goes on this issue, there’s growing recognition in the state that legalization is an inevitability.

The top Republican in the New York Assembly said in December that he expects the legislature to legalize cannabis this session.

Stewart-Cousins said in November that she also anticipates that the reform will advance in 2021, though she noted that lawmakers will still have to decide on how tax revenue from marijuana sales is distributed.

Cuomo also said that month that the “pressure will be on” to legalize cannabis in the state and lawmakers will approve it “this year” to boost the economy amid the health crisis.